You work in the city. You usually are in time for the khutbah but today it’s taken you longer than usual. You reach a Musalla in the university in the city and see with dismay the crowd of Muslims outside as the Musalla is full. You crowd along, can’t hear the Khutbah and when it’s prayer time hastily make lines on the sidewalk and pray.

This is exactly what used to happen in 2010 on the other side of the city from the ICV centre. We wanted to fix it. We wanted to have a place in the city we could call ours. We set upon a vision, an ambitious goal to buy a building in the CBD. We were extremely confident the community would support us and find it. We only needed a million dollars. At the 2011 Twins of Faith conference, we pitched our proposal to the community. People loved it. But we received only $300,000. All of a sudden there were questions. Why the CBD? Muslims don’t live in the CBD, etc.

And hence, with the humble $300,000 we certainly couldn’t buy a building in the CBD but we could lease one. And thus, the Madinah opened in June 2011 at 36 Latrobe Street, Melbourne run by a team of volunteers who shared a common belief in the good that this Madinah would impart within the city of Melbourne. Alhamdulillah. 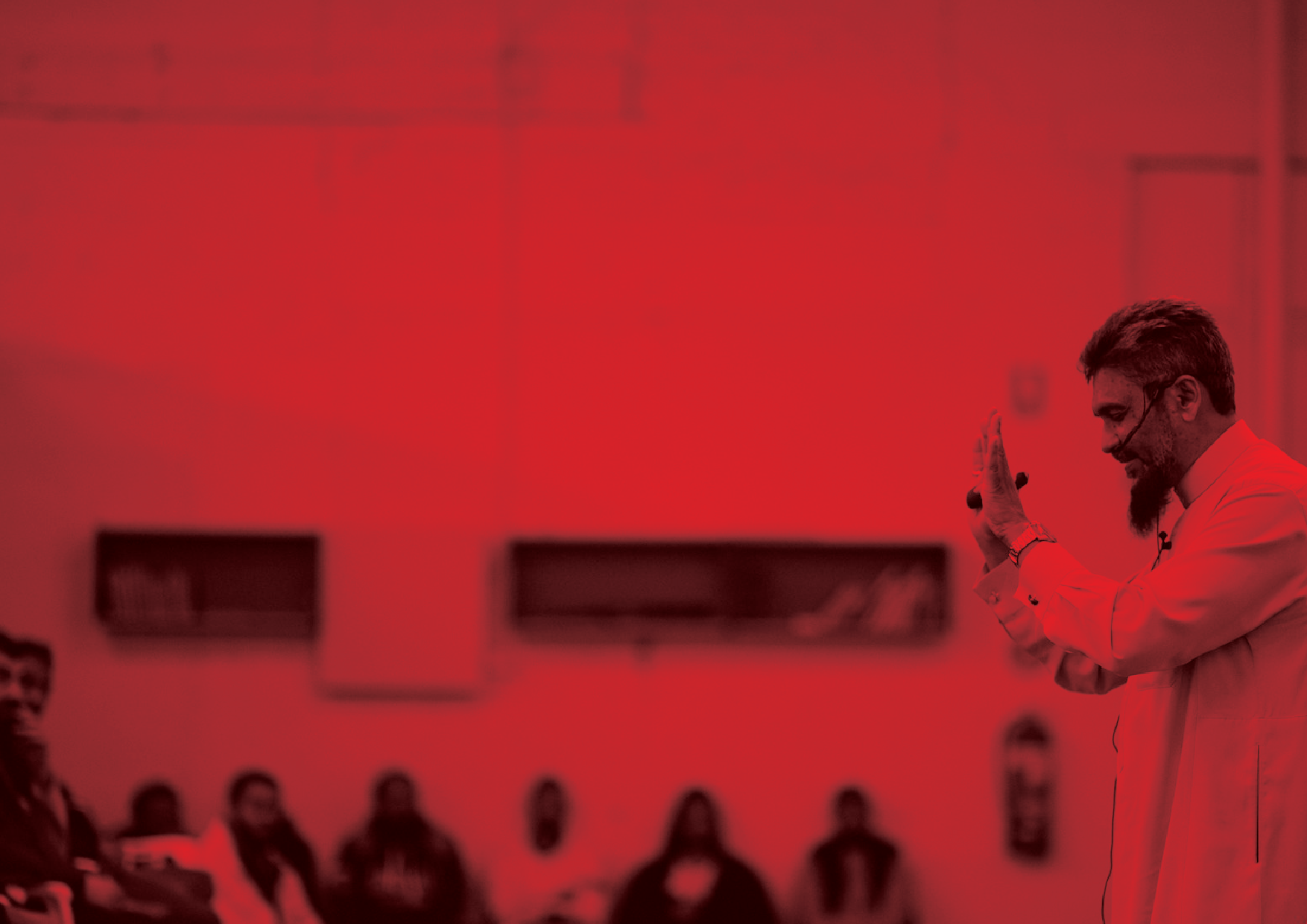 Once the Madinah was open, things ramped up over the next 12 months. It became popular, we started running education classes. Jumuah prayers had in excess of 1000 people attending and the value of the Madinah increasingly became evident. And then in 2013, we received news that the owner was putting the building we were leading up for sale.

We figured we could buy it with the newly acquired support we had. Until we found out what the selling price was. We started running a 1000 Heroes campaign in the hope that we would collect enough funds to perhaps buy another place, but received about $50,000. Nevertheless, we kept looking and finally found a property to lease at Southbank and with about a month to go applied for it only a few days later to be told another applicant had offered a significantly higher rent and hence we were not successful.

Dejected, but content with Allah’s plans, the team packed up all the Madinah items and stored them in a warehouse. With 1 week left to move out, we were sadly letting all the people know that the Madinah was shutting down for now. And then we got that call. The call from the estate agent for the South bank property telling us that the finance for the other applicant fell through and the property was ours if we’d like it. Allah truly is the best of planners. Allahu Akbar. Between one Jumuah and the next we managed to relocate to our new home for now 47 City Road, Southbank.

It’s a little bit of a deja vu for us now in 2016 when again, the building we are leasing has now been sold. The influence the Madinah has had over the last five years in the CBD had been absolutely instrumental. In changing the lives of the youth, providing a urban haven, a place to pray, learn and celebrate our beautiful deen.

We certainly hope that with your support, we can now establish a permanent home for the Madinah, in the city, to continue increasing the value we add to the Muslims who are living, working, studying or simply visiting the CBD.